Here are a few Key renders from my "Soccer Kick" animation example . I have selected these particular keys to have the most emphasis in the shot so I work them first and build the other keys around them while working out the timing. This allows the intentions of my acting to be conveyed more effectively throughout the entire scene. Only the Keys are completed at this stage but as I proceed I will post additional videos of my progress. 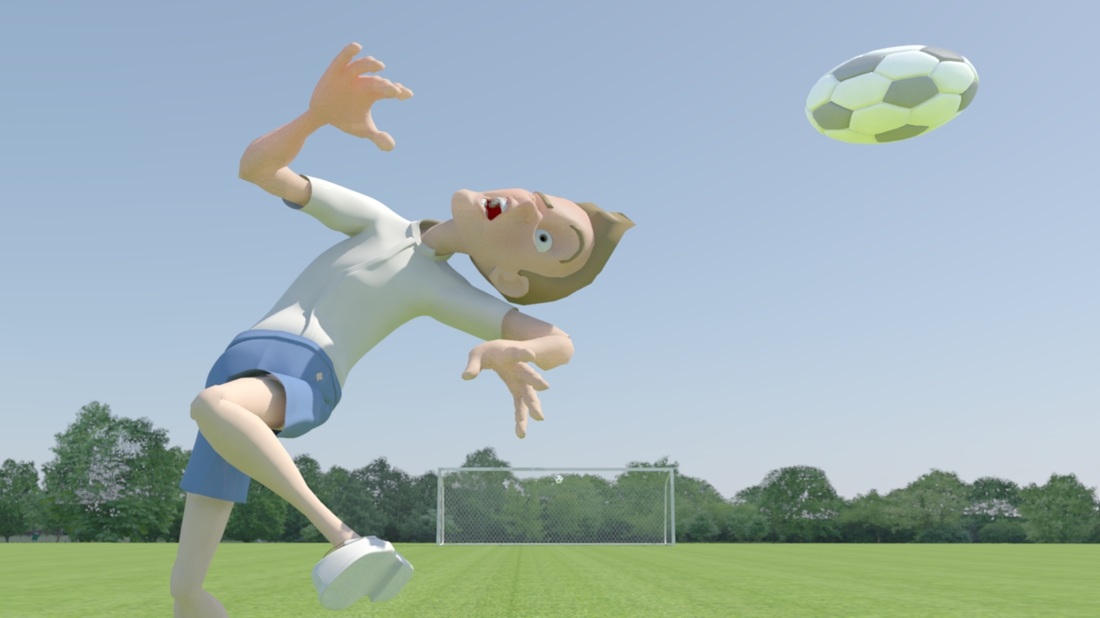 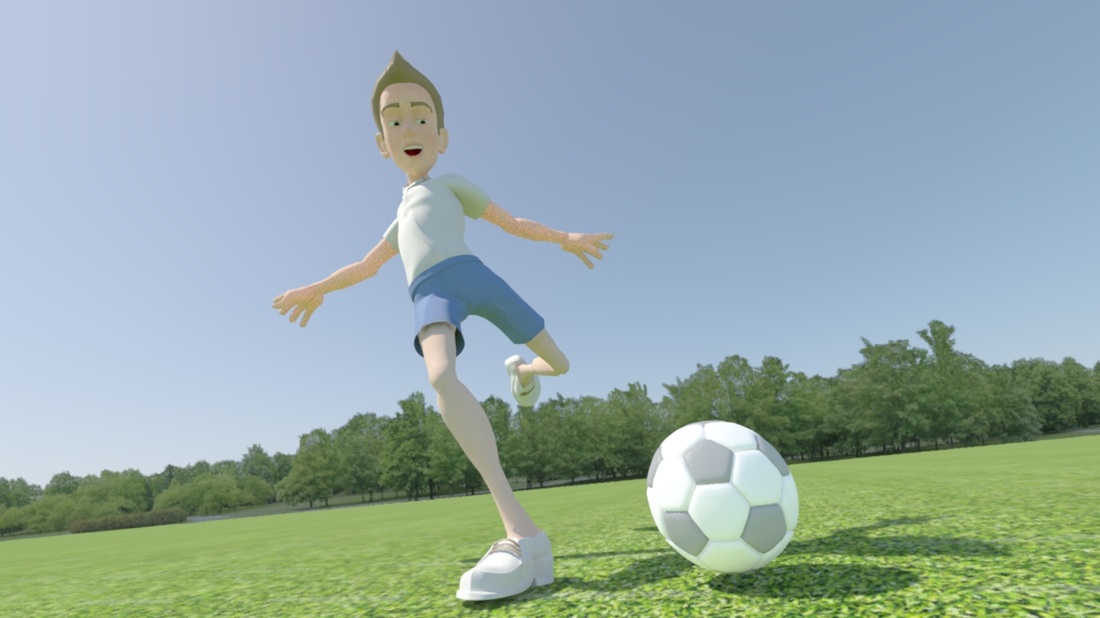 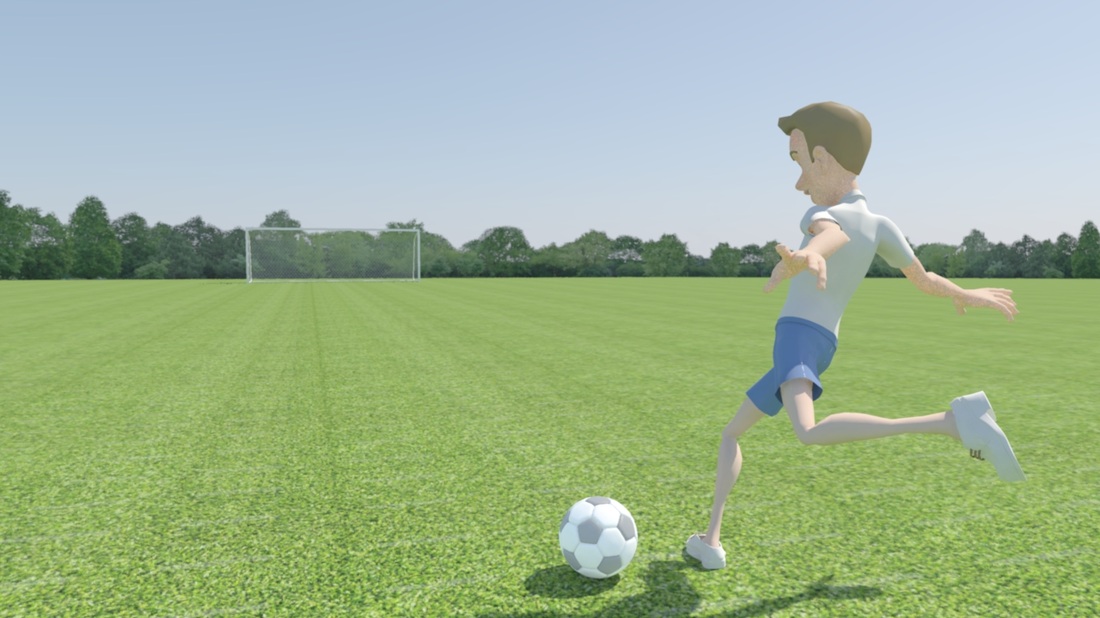 This video below represents the first pass of my Key-frame stage . I will revise the timing, action and acting continuously until I am satisfied with the work. For now it is a bit slow and additional acting keys will  be added before he gets hit in the head with the ball .There will also be more acting at the end after his fall to the ground. He will also notice the ball a fraction of a second before he gets hit in the head but will not have time to react. The next stage after this is the in-betweening /blocking phase using Tweenmachine. Then refining using splines. A goalie will be added to help justify his behavior and add a foil to the humor.

Morphy dropping a ball. The squash is a bit too much at contact and the roll could be a bit more random. The most important part of getting this to work effectively is making sure the bottom of the translate y in the graph editor has the tangent weights unlocked and the spline is pinched . The top of the bounce should also hang realistically 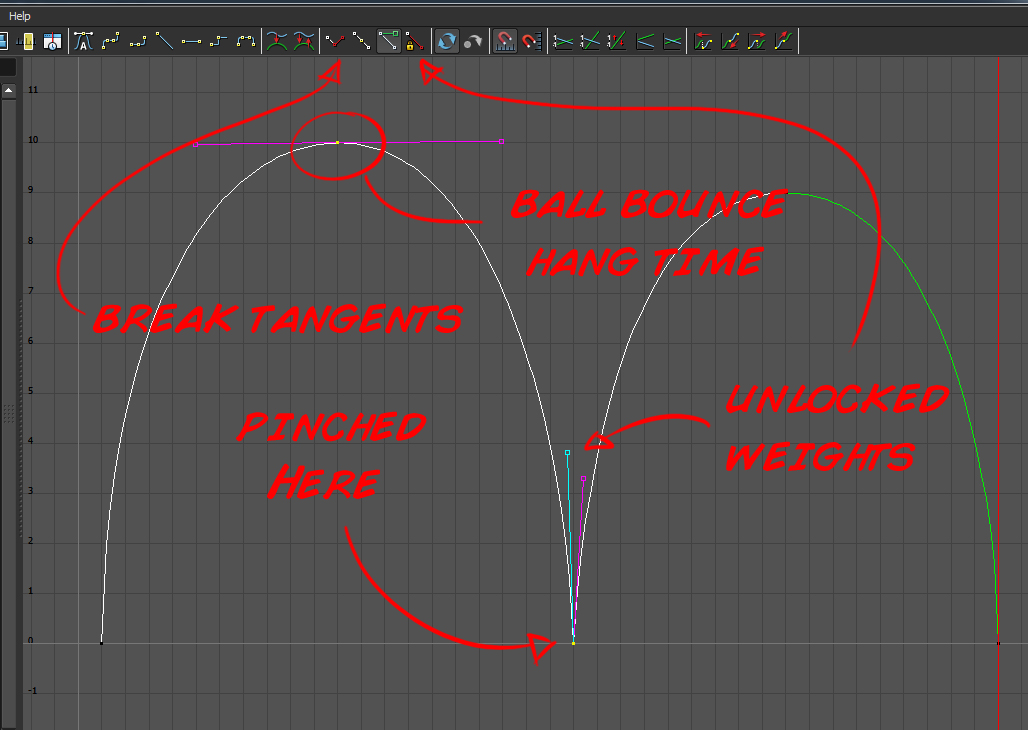 Objects react differently to several types of surfaces . You need to experiment with them in order to get the effect you want.